India Rotoplast are leading manufacturer and supplier of Rotomoulding machine. WE offer moulding machine at high quality materials and advanced technology. Each machine mould and equipment is developed after extensive research and sturdy of industry norms as well as client requirement and technical specification detailed by them. The process has become very popular for manufacturing hollow items like storage tanks. There are various stage is to be followed while using this mould. 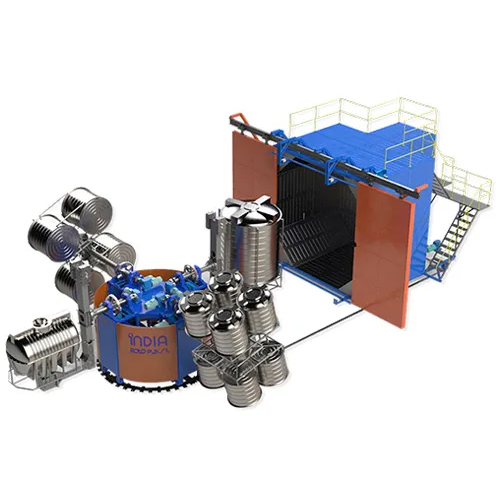 There are various type of Rotomoulding Machine are available according to your choice. In addition to this the offered machine are valued for their less energy consumption and longer service life. These product are checked on various provision of quality in order to provide defect free range at client end.Available in various size, shape, materials according the demand and needs of our regular client. Additionally, we offer this machine at very nominal rate.